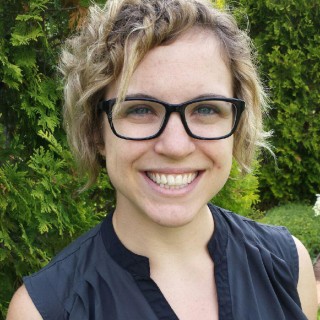 At this year's conference, we covered everything from building a modern practice to integrating with Clio's platform. Check it out!

The State Bar of Texas, in conjunction with Legal Talk Network, launched a new podcast to provide information and value to bar members.

Introducing the State Bar of Texas Podcast, a Show About People

Now that you have been featured as a guest or participant in a podcast, we encourage you to share your fame with your friends and family, your audience, and the world! Here are a few suggestions that are easy and fast. 1. Share on your blog or website Did you know you could embed a...

Since we’ve been so involved with the Global Legal Hackathon, the Global Legal Blockchain Consortium, and Integra Ledger, we at Legal Talk Network decided to record a series of episodes at the #GLH2018 Finals. So on April 19th, Executive Producer Laurence Colletti and CEO Adam Camras flew to New York to interview finalists, the judges,...

How to Embed A Legal Talk Network Podcast

Did you know you can embed any of our podcasts on your website? Whether you're a guest on the show or just love the episode, find out how to share our content with your audience!

For the third year running, we at Legal Talk Network have all packed up our bags and flown from around the country to Chicago for ABA TECHSHOW. In addition to recording our regular series of On The Road episodes from the conference, we dipped our toes into the world of video with TECHSHOW Today, touched...

Chicago, IL – On March 7, The Chicago Bar Association launched their new show called @theBar. This fresh new approach to the interview format features scriptless conversations with some of the law’s most influential minds in a raw and refreshingly honest manner. Primarily hosted by Jonathan Amarilio, this monthly production features a rotating assortment of...

With concept, script, and narrations created by attorney Ken White of the Popehat blog, this provocative podcast is about the seminal moments defining our freedom of speech.

Details from the launch of On Balance from the State Bar of Michigan, produced by Legal Talk Network.

The new version of the native Apple Podcasts app (the one that comes with your iPhone) came with quite a few changes. I, for one, thought they were confusing. I wasn’t able to find my favorite podcasts, episodes from podcasts I wasn’t subscribed to popped up at the top of my home screen, and I...

This past week we packed up recording equipment, five employees, and our enthusiasm for legal technology and headed to ABA TECHSHOW in Chicago for three days of panels, social media coverage, podcasting, and our second annual year of streaming TECHSHOW Today LIVE. The conference atmosphere has taken a turn from a focus on software and...

On The Road Reports from ABA TECHSHOW 2017

It’s ABA TECHSHOW time again and Legal Talk Network was in the expo hall recording interviews with presenters from varying topics from the conference. Tune in to catch up on some information you may have missed! An incredible panel discusses barriers to women in technology #womenintech pic.twitter.com/Db5xJOe80A — Legal Talk Network (@LegalTalkNet) March 17, 2017...

The Most Listened-To Legal Talk Network Podcasts of 2016

Wow, has 2016 been a big year for Legal Talk Network. We launched four new shows, recorded interviews at eight legal conferences, took one trip with our entire staff (to ABA TECHSHOW), and consumed 1,846 cups of coffee (a rough estimate). Through all this excitement, we’ve continued to publish our monthly and bi-weekly podcasts and...

A Trip Down Memory Lane

EP228 – Cognitive Science in the Courtroom

How to market your legal services to Hispanic clients