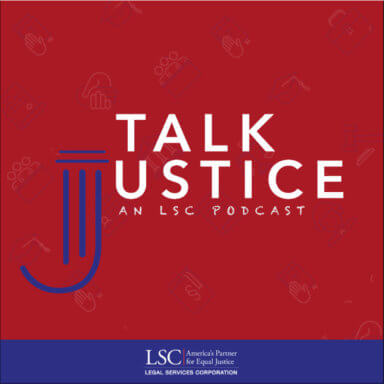 What are the trade-offs attorneys need to consider for their clients as the justice system digitizes? Panel discusses unintended consequences of mass data collection. Shauna Dillavou is a security innovator, weaving together her experiences in intelligence, free speech, technology, and trauma.... A legal professional and military veteran,  has worked in the legal service field for nearly a decade.... Zach Zarnow has focused his career on increasing access to justice. After graduating from Brandeis University, Zach... Jason is a consultant on access to justice and technology issues at the World Bank; the editor...

As the justice system continues to digitize, more data is collected and accessible. This information is often a record of some of the darkest hour. The panel of privacy and data security experts discuss how the shift from paper file storage trades risks to losing the hard copies for unpredictable risks to loss of personal privacy and data being used in unexpected and potentially harmful ways long after their legal issue is resolved.

The speed of innovation in data collection is outpacing the creation of data policies and cybersecurity practices. What are the additional implications to under-served and marginalized communities?

The digitization of the justice system far outpaces the creation of data protection policies. This has consequences for how data is used and what cybersecurity measures protect it. Courts and legal services providers are often left to decide for themselves how to appropriately handle vast amounts of virtual case data. This sensitive information concerning the individuals involved could have wide-ranging negative effects on their lives if shared, stolen or sold.

Generally, court proceedings are public, but that meaning has shifted.

“What does it mean to be public? I think when the laws were written around what is public and an open court, there wasn’t a public that was global in your pocket…that’s probably not the public we were meant to have in our open courts,” says Dillavou.

The individuals who interface with the courts likely have no real understanding of how their information is collected and stored, and where that information may go. Harvey says that for lawyers to low-income people in need of legal assistance, consent isn’t straightforward, either. Lawyers explain to their clients that in order to give free legal services, they have to provide information to their funders, but people facing crises like eviction or domestic violence aren’t usually concerned with, or even thinking about, the privacy implications of this data sharing.

When your participation in the legal system is compulsory, the destination of your data is out of your hands. This puts the courts in a powerful position, with a great deal of responsibility.

“The courts have users that they don’t pick, but their users don’t pick them either, so they have a duty to be really thoughtful about this, and make sure that when they’re talking about terms of service and contracts that they’re discussing data privacy: does the vendor have access to this or not? Can we control whether they have access to it or not?” says Zarnow. “As we’ve accelerated digital adoption, we ’ve really moved into a new era, particularly for the courts—these are the kinds of questions you can’t afford not to ask anymore.”

In each episode of Talk Justice, An LSC Podcast, we will explore ways to expand access to justice and illustrate why it is important to the legal community, business, government and the general public.