Law Technology Now explores the latest in legal technology and innovation. Key players in the legal technology community join the hosts to highlight the top trends and developments in the legal world. Tune in to hear conversations about innovative ways to improve the practice of law, providing greater access to justice, and making legal services more affordable.

Nicole Shanahan talks about why intellectual property is important to a law firm and how her company is working to reduce the cost of producing assets.

How Legal.io Aims to Close the Access to Justice Gap

Tony Lai, CEO of Legal.io, talks about the company and how it’s working to close the access to justice gap.

Changing the Legal Game with Blockchain

David Fisher talks about what blockchain is and its application in the legal industry.

Revolutionizing the Procurement of Legal Services

How Axiom is Using AI to Modernize Legal Services

A Sneak Peek at the Clio Cloud Conference

Brian Cuban opens up about his own experience as an addict and how he now works to help those with similar struggles.

What lawyers can learn about practice management from MyCase

Tracy Stevens, VP of Product and Design at MyCase, talks about cloud based practice management software and product design.

Technology and Innovation in Legal Education

Chris﻿ Bentley talks about the legal innovation program at Ryerson University and the importance of weaving technology courses into legal education.

The co-founder of the Legal Information Institute (LII) talks about what the LII is and how it has adapted to changing technology.

5 Ways to Adopt Technology and Improve Access to Justice

Adriana Linares, the chair of ABA TECHSHOW 2017, talks about what legal professionals can expect at the conference this year.

Legalweek 2017: Expanding the Conference Beyond Tech

Guests discuss Legalweek 2017 a conference originally focused on technology but has broadened its scope to include the whole legal industry.

The Influences and Advantages of Legal Tech

LegalMosaic CEO Mark Cohen talks about how tech is transforming the delivery of legal services and what's on the horizon for 2017.

The Benefits of Litigation Management Applications

Allegory Founder and CEO Alma Asay talks about litigation management and how new software can greatly improve the litigation process.

Closing the Gap Between Law School and the Legal Industry

Professor Daniel Martin Katz talks about the legal industry’s need for law school curriculums to better reflect the demands of the legal marketplace.

Bringing Innovation to the Practice of Law

Assistant GC Fred Headon on the benefits that adopting successful procedures from other industries could bring to the practice of law.

The Evolution of the Digital Courtroom

Bob Ambrogi talks with Opus 2 International, Inc. CEO Graham Smith-Bernal about his career and the evolution of the electronic courtroom.

How Law Firms and Lawyers Can Improve Their Productivity

Monica Bay speaks with reporter and author Charles Duhigg about his new book, “Smarter Faster Better: The Secrets of Being Productive in Life and Business.”

Aron Solomon and Jason Moyse, the co-founders of recent MaRS startup LegalX. talk about convergence innovation in the legal field.

How Bloomberg is Changing Legal Annotation

10 Ways to Accelerate the Adoption of Legal Tech

CodeX FutureLaw keynote speaker Jim J. Sandman discusses the 10 reasons the law has been slow to adopt technology and the “levers of power” that might be engaged to accelerate that rate.

How Artificial Intelligence Will Influence the Future of Legal Practice

Artificial intelligence expert Eric Laughlin talks about how AI will revolutionize the practice of law and provide greater legal access to the masses.

Dr. Roland Vogl stops by to discuss his work history in legal tech, the Center for Legal Informatics (CodeX), and the upcoming CodeX FutureLaw Conference.

Many large companies have global business interests that require employees to travel to multiple countries within the same year. However, several of these same companies find it difficult to navigate the shifting rules pertaining to business visas as they cross national boundaries. How can these businesses continue to have a global presence while avoiding the...

“He will win who knows when to fight and when not to fight.” – Sun Tzu In the time leading up to litigation, many attorneys grapple with the pros and cons of litigation for their clients. It is often difficult to quantify the probability of success or what it will take to get there. In...

It is an exciting time for legal research. The text-based searches of yesterday are giving way to the interactive visualization of data. What this means is that lawyers will have more control over and increased awareness of their research projects. The visual ability to map out information empowers researchers to understand when enough is enough,...

Law Technology Now returns as Monica Bay and Bob Ambrogi bring the show back to the air in an exciting new format. By alternating hosting duties back and forth, the show is designed to provide a different perspective episode to episode. Catch up with our hosts as they discuss their predictions for 2016, ideas for...

Getting to Yes: Advice for Legal Entrepreneurs from a Venture Capitalist

In the September edition of Law Technology Now, attorney Monica Bay, editor-in-chief of ALM’s Law Technology News, interviews Robert Siegel, general partner at Xseed Capital about how Silicon Valley is becoming a hot bed of legal technology startups. With two major Bay Area universities — Stanford and the University of California Berkeley, both with strong synergies among their...

Last year, Google bought Motorola Mobility for $12.5 billion. As usually happens in such a merger, the law department went though a significant re-organization. Of the law department’s 250 people, 150 departed post-merger — some to Google headquarters in Mountain View, Calif., others left the company. The MM law department took Google’s instructions to better...

Law Librarians at the Front Lines of Change

In the Law Technology News June cover story, “Silicon Startups,” reporter Tam Harbert describes how Stanford University’s Law School has become the “vortex” for entrepreneurship in legal technology. The law school has joined forces with the University’s engineering and computer science departments to create the Center for Legal Informatics laboratory — dubbed Code X. Among the...

Here Comes the Next Round of E-Discovery Rules

In this May edition of Law Technology Now, host Monica Bay, editor-in-chief of ALM’s Law Technology News, invites Mark Michels, a director in Deloitte Financial Advisory Services, and Henry Kelston, senior counsel at Milberg, to discuss the proposed changes in federal e-discovery rules. Kelston’s article, “Are We on the Cusp of Major Changes to E-Discovery Rules?“,...

Bombs Away: Erasing Information in the Big Data Era

In this April edition of Law Technology Now, host Monica Bay, editor-in-chief of ALM’s Law Technology News, joins Barclay Blair, founder of ViaLumina an information governing consulting service, to talk about the idea of digital data being erased. We know that simply putting it in the trash can on our desktop isn’t enough, but can...

The Eureka Moment: How Big Law Has Learned to Love Legal Practice Management

Child’s Play: What E-Discovery Teams Can Learn from Kindergarteners

Finders, Keepers: How Vendor Websites Can Turn Visitors into Buyers

Ask any CIO about trying to find information on legal technology products or services and you’ll get an earful. The bottom line is vendors need to build sites with user needs in mind, and not just data a vendor is trying to glean. On Law Technology Now, host and Law Technology News magazine editor-in-chief, Monica...

Monica Bay, Editor-in-chief of Law Technology News, discusses this month’s cover story, True Grit. The   story dives into the intricacies of how big law firms treat E-discovery, and the surprising gray area surrounding it. Be sure to watch the interview , hosted by Legal Talk Network producer, Kate Kenney. Daniel B. Rodriguez is the Harold Washington Professor at Northwestern University Pritzker School of Law. He served as dean... Daniel W. Linna Jr. has a joint appointment at Northwestern Pritzker School of Law and McCormick School of Engineering... 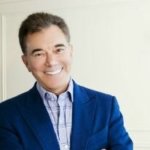 THE ORRICK YEARS Ralph served as Chairman & CEO of Orrick for nearly a quarter century, leading the firm...

Above the Law’s Outside Counsel Rankings

Get Ready for the 2020 NALA Conference @ Home