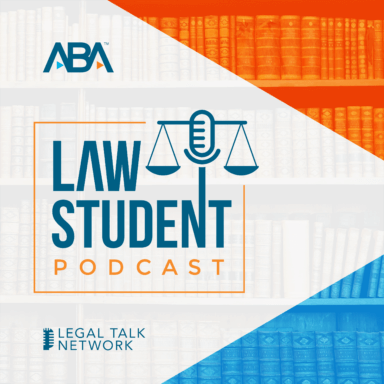 Bryan Tyson was appointed by Georgia Governor Nathan Deal as the executive director of the Georgia Public... Jonathan Rapping is the president and co-founder of Gideon’s Promise, a training and support group for public... If you are in or plan to go into public service, you may have heard about public service loan forgiveness (PSLF for short). This economic incentive was intended to attract and keep employees in public sector positions such as district attorney or public defender by offering student loan forgiveness following a minimum period of service and on-time payments towards the borrower’s debt. The cost of this benefit is borne by the taxpayer and is aimed at making public work more attractive despite the relative low pay.

In recent times, the PSLF program has fallen under the scrutiny of budget cuts following the recession as Americans slog through the recovery period. Some critics believe that student loan borrowers in the public sector should pay for their own education especially with the relative job security and retirement benefits as compared to those in the private sector. Other critics state that not all public service positions should receive loan forgiveness and call for budgetary caps. But what would capping or eliminating public service loan forgiveness mean for our communities?

In this extended two segment episode of ABA Law Student Podcast, hosts Fabiani Duarte and Madison Burke interview Bryan Tyson, the executive director of the Georgia Public Defender Council and Jonathan Rapping, co-founder of Gideon’s Promise. In segment one, we hear from Bryan about the debt to income gap, his organization’s survey of public defenders about PSLF, and the increased importance of public defenders outside the practice of law. In segment two, we hear from Jonathan about student debt’s barrier to public service, the lifelong commitment of student loans, and concerns about poor people not getting justice in the event of PSLF cuts or caps.

Bryan Tyson was appointed by Georgia Governor Nathan Deal as the executive director of the Georgia Public Defender Council where he is responsible for overseeing the public defender system in his state. Prior to that, he was part of a team that advised the Georgia General Assembly during its 2011 redistricting process and was appointed Special Assistant Attorney General to assist in securing federal approval of all three redistricting plans. Among his many areas, Bryan has practiced in civil and appellate litigation, where he represented clients before the Georgia Court of Appeals, the Georgia Supreme Court, the U.S. Court of Appeals for the Eleventh Circuit, and the U.S. Supreme Court.

Jonathan Rapping is the president and co-founder of Gideon’s Promise, a training and support group for public defenders in the south aimed at creating greater access to justice for indigent defendants. He is also the director of the Honors Program in Criminal Justice at Atlanta’s John Marshall Law School, where he teaches criminal law and criminal procedure. Rapping is the former director of public defender training programs in the District of Columbia, Georgia, and Louisiana. He is the recipient of the Lincoln Leadership Award from Kentucky’s Department of Public Advocacy, the Sentencing Project Award from the National Association of Sentencing Advocates and Mitigation Specialists, and the Gideon’s Promise Award from the Southern Center for Human Rights.