Running with the Machines: Artificial Intelligence in the Practice of Law

Andrew Arruda, CEO of ROSS Intelligence, talks about how artificial intelligence assists lawyers, not replaces them. Andrew Arruda is a Canadian entrepreneur and lawyer. He is Chief Executive Officer and Co-Founder of the... 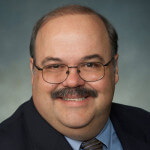 You don’t actually need to worry about a robot taking your job. In this episode of The Digital Edge, hosts Jim Calloway and Sharon Nelson talk to Andrew Arruda, CEO of ROSS Intelligence, about how artificial intelligence assists lawyers, not replaces them. Their conversation includes what ROSS is, the biggest misconceptions surrounding AI, and the biggest challenges facing legal technology adoption in larger firms.

Andrew Arruda is Chief Executive Officer and Co-Founder of the artificial intelligence company ROSS Intelligence, a leader in the legal technology industry.

Special thanks to our sponsors, ServeNow, Scorpion, Answer1, and Clio.

Running with the Machines: Artificial Intelligence in the Practice of Law 03/31/2017

Intro: Welcome to ‘The Digital Edge’ with Sharon Nelson and Jim Calloway, your hosts, both legal technologists, authors and lecturers, invite industry professionals to discuss a new topic related to lawyers and technology. You are listening to Legal Talk Network.

Sharon D. Nelson: Welcome to the 111th edition of The Digital Edge: Lawyers and Technology. We are glad to have you with us. I am Sharon Nelson, President of Sensei Enterprises.

Jim Calloway: And I am Jim Calloway, Director of the Oklahoma Bar Association’s Management Assistance Program. Today, our topic is Artificial Intelligence in the Law. A conversation with ROSS CEO, Andrew Arruda.

Sharon D. Nelson: Before we started we’d like to thank our sponsors. Thanks to our sponsor Clio. Clio’s cloud-based practice management software makes it easy to manage your law firm from intake to invoice. Try it for free at  HYPERLINK “http://www.clio.com” clio.com. We’d like to thank Answer1 a leading virtual receptionist and answering services provider for lawyers. You can find out more by giving them a call at 800 answer1 or online at  HYPERLINK “http://www.answer1.com” www.answer1.com.

Thanks to our sponsor, Scorpion, which delivers award-winning law firm web design and online marketing programs to get you more cases. Scorpion has helped thousands of law firms just like yours attract new cases and grow their practices. For more information, visit  HYPERLINK “http://www.scorpionlegal.com/podcast” scorpionlegal.com/podcast.

Thanks to ServeNow, a nationwide network of trusted prescreened process servers. Work with the most professional process servers who have experience with high volume serves, embrace technology and understand the litigation process. Visit  HYPERLINK “http://www.servenow.com” servenow.com to learn more.

Jim Calloway: We are very pleased to have as our guest Andrew Arruda.

Andrew is a Canadian entrepreneur and lawyer. He is the Chief Executive Officer and Co-founder of the Artificial Intelligence company, ROSS Intelligence; a leader in the illegal technology industry.

Andrew speaks internationally on the subjects of artificial intelligence, legal technology, and entrepreneurship, and has been featured in publications such as The New York Times, BBC, CNBC, CBS, Fortune, Inc., Forbes, and the Financial Times. A member of the Forbes 30 under 30 class of 2017, as well as a 2016 TED speaker, Arruda aims to forever change the way legal services are delivered.

Thanks for joining us today, Andrew.

Andrew Arruda: Thanks for having me Jim and Sharon. It’s a pleasure to be here and I see that it’s the 111th show, so that’s kind of fun, I like those numbers 111 and excited to chat to both of you today.

Sharon D. Nelson: Well, we’re glad you’re with us. I’m not sure how many people there are listening who do not know ROSS Intelligence because you’re publicity has been very good but for those who might not, can you please tell us a little bit about the company?

Andrew Arruda: Absolutely, well I’m glad I do what I can and to get out there and get the word out. What we do is build artificially intelligent systems for the law. The goal is to have human lawyers, be able to do more than humanly possible, and so the first area that we started it was within legal research and so using ROSS, lawyers can ask their questions in the same way they would ask a human colleague walking down the hall and asking them their questions and instead of getting back thousands of links to cases which may or may not actually help you, ROSS surfaces the exact passages of law that you need to do your job.

ROSS also monitors the law for you round the clock so that if a case comes out and you should be made aware of it, it’ll pre-read it, highlight all the most important cases for you and pastures rather and email you and alert you within the app, and ROSS is even learning how to put together some legal docs like we’re trying to train ROSS how to put together a legal Memorandum, and so we’re always kind of deepening what ROSS can do and widening in the areas that it’s available. And right now for those listening, if you are a bankruptcy practitioner or an intellectual property practitioner, you can have ROSS assisting you and helping you day-to-day already.

Jim Calloway: Well, that’s very interesting. I understand that ROSS operates in the legal research arena, at least now, is it a replacement for Westlaw or LexisNexis? Blue Hill recently prepared a research paper on ROSS’ performance and found that using ROSS with Westlaw and Lexis led to a reduction of research time between 20% to 30%.

What do these results mean to you and to the whole legal profession and what technology or people our law firms go in to remove when they bring in this type of Artificial Intelligence?

Andrew Arruda: Yeah, Jim, so you are absolutely right. I mean, we operate within the legal research arena. At present, we are really not a replacement for your Westlaw or LexisNexis, and that Blue Hill report, I’m glad you mentioned it because it was something that we’re very proud of because we really wanted to benchmark our technology and be able to kind of show what we could out-of-the-box help firms with in reducing the amount of time you’re spending on legal research between 20% and 30% means a lot. It means returns in terms of overall money for law firms’ profits. It also means that the clients are happy. It also means that the professionals equipped with ROSS are able to do their job more efficiently and actually develop much quicker.

In terms of what these results mean to the industry, I think what it means is we now have other tools available to help you in your legal research tasks. I think that relates to your final question what in terms of the removing. I think I oftentimes when folks talk about Artificial Intelligence, they would like to think about it in terms of kind of like the machines versus the humans, and what do we remove. As a matter of fact the way it works in the way that our partner firms use it, it’s a tool that human lawyers use to be able to do things efficiently. It’s a symbiotic relationship and so you don’t really see folks being removed, especially if you go to most law firms and you ask them, hey, would you want more folks to be able to help you, they usually say, yes, and usually they’re like, oh, you know, resource-wise we need more people, but we can’t necessarily just afford to hire a ton more people. So ROSS is really that tool that comes on, acts as that assistant, and really supercharges what you can do.

Sharon D. Nelson: Well, interesting, you kind of answered my next question, so I think I’m going to reshape it a little bit because I do think a lot of lawyers are worried about Artificial Intelligence replacing their jobs, and from my own perspective, I think a certain amount of that fear is justified, but I do understand what you’re saying and I’ve watched with considerable admiration as you’ve kind of turned your ship a little bit into a different harbor because originally it was called ROSS: The Super-Intelligent Attorney, and now, you have more shaped ROSS from the point of view of the lawyer as somebody that allows the lawyer to be more efficient, serve the client better, and to focus on something other than what you might call “the goat work” of the legal world, which we really don’t want to do, and so how did you come to the realization that that was something that needed to be done? Were you just getting some negative vibes from lawyers who were afraid of losing jobs?

Andrew Arruda: Well, you know what it was, Sharon, it was — I think in other professions where you’re like, hey, would you like another team member that could help you a lot, that phraseology and that kind of way of kind of marketing your tool is effective, but I think in law what ended up happening was the same thing that happened when other technology became available like email and telephones and computers. It led to folks being like well, you know, can it do this? Can it do that? Well, it can’t do everything, and what we realized was, hey, let’s ensure that the messaging is clear and so as we continued to iterate on our messaging and grow as a company, we wanted to make sure it was very clear, and so, now it’s pretty I think our tagline on the websites, it says, “Allow humans do more than ever before possible”, and I think that’s really where we landed on.

So when we started, we’ve been around now for about two years, it’s also about knowing the culture of law. I myself was an attorney beforehand but I had never been involved in legal technology per se. So, it’s just about knowing customs and knowing about the most effective messaging, and I think once folks start talking about in seeing ROSS and using ROSS, usually what they realize is, oh, this allows me to be much more efficient. It’s not necessarily something that replaces me, this is pretty exciting.

And I also think as a legal industry unlike other industries where Artificial Intelligence is more of a threat, you look at transportation and I think there’s going to be some real questions there as to what AI and its effects are, but in law, you have the majority of people, who need a lawyer not being able to afford it, and so I think there’s this huge leading market and I actually think AI could end up allowing lawyers to do more work being more profitable as a law firm, and I think most importantly, helping further access to justice in that process. I think AI and law can lead to that win-win.

Sharon D. Nelson: Well, thanks for that, Andrew, and I do want to let our listeners know that there is a really cool little video on the homepage of ROSS Intelligence and go ahead and click on that video. It’s just over a minute and it really shows you how people who are afraid of things like Artificial Intelligence perhaps don’t need to be; there’s another way of looking at things.

Andrew Arruda: Yeah, thank you for pointing people that way.

Jim Calloway: I recall one time talking to a group at TECHSHOW, Sharon was there and I showed them a picture of Watson, the Jeopardy Champion and warned them that they should be paying attention to this trend. So now we have it here. Some folks believe in order to get workable Artificial Intelligence, you need thousands of employees and billions of dollars. Is this true or false? 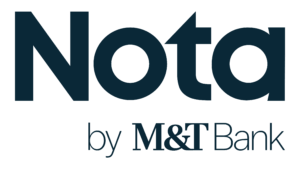