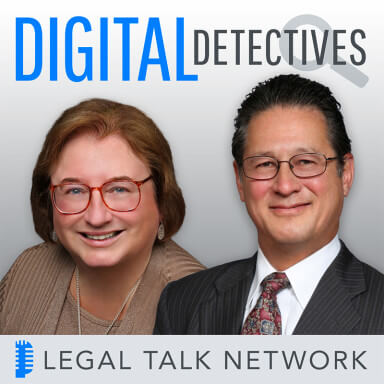 Rule 37(e) of the Federal Rules of Civil Procedure: Changes for ESI Preservation and Spoliation In 2006, the Federal Rules of Civil Procedure rule-makers developed and put into practice amendments dealing with electronically stored information (ESI) and e-discovery. However, most of those involved believed these amendments did not adequately deal with lost or missing ESI or “the spoliation issue.” In 2014 the rule-makers proposed Rule 37(e), which deals with the issue of spoliation equally across all federal courts, resolving the issue of inherent authority, or judges making decisions individually for each case. What are these changes and how will they affect the way businesses deal with e-discovery and data preservation?

In this episode of The Digital Detectives, Sharon Nelson and John Simek interview ESI preservation expert James Kurz about how Rule 37(e) works and what the consequences are for the future of ESI preservation. Kurz explains that the rule, which only deals with ESI, proposes a three part test before considering spoliation issues: the ESI should have been preserved in the anticipation or conduct of litigation and is lost, the ESI was lost because the party failed to take reasonable steps to preserve the information, and the missing information cannot be restored or replaced with additional discovery. If this test is passed, the federal court may then impose remedies, or if intention is proved, order more serious sanctions. He explains that Rule 37(e) will make a more homogenous legal process for e-discovery, and will solve some of the controversy surrounding the costs of ESI preservation and e-discovery for businesses. Although the rule faces the Judicial Court, Supreme Court, and then Congress, Kurz believes it will go through and be effective in December 2015.

James Kurz is a partner in the Alexandria VA law firm of Redmon, Peyton & Braswell LLP. His practice focuses on business litigation, including computer, software, and communications technologies cases. He also has an emphasis in the challenge of electronic discovery and the issues of information governance and co-wrote the white paper The Long-Awaited Proposed FRCP Rule 37(e), Its Workings and Its Guidance for ESI Preservation.

Special thanks to our sponsor, Digital WarRoom.

It’s a Good Time for a Cybersecurity Checkup

The Ethics of Communicating with Your Clients and Using Your Smartphone

Ripped From the Headlines: Alex Jones and Inadvertent Waiver