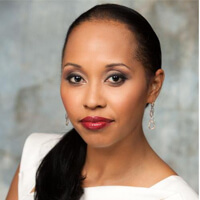 Kimberley Motley is the first and only foreign litigator working in Afghanistan. Armed with an unwavering determination and a passion for justice, she navigates the country’s punitive and capricious legal system with unprecedented success. This former beauty queen, crowned Mrs. Wisconsin in 2004, has independently won freedom for countless victims, such as a six-year-old child bride, a 15-year-old girl raped and imprisoned, and a British ex-soldier accused of bribery. With her International legal practice Motley currently represents clients on every continent, except Antarctica, and her trailblazing legal practices continues to grow. Her expert litigation, legal work, and precedent setting cases have earned her coverage with CNN, the BBC, NBC, The New York Times, Vanity Fair, and many others. She currently has an award winning documentary entitled Motley’s Law which chronicles her work/life in Afghanistan and the U.S. that was just recently released.

Kimberley Motley, the first and only foreign litigator working in Afghanistan, discusses her law firm and how culture influences the practice of the law.