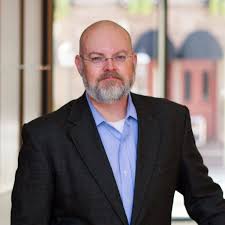 Jeffrey L. Vagle is lecturer in law and executive director of the Center for Technology, Innovation and Competition at the University of Pennsylvania Law School. His research interests include surveillance law, cryptography and cybersecurity law, electronic privacy, internet architecture, and networked economies and societies. A particular focus of his work is the study of the societal, political, historical, and economic effects of government surveillance, especially among marginalized or disenfranchised populations. Mr. Vagle writes and speaks regularly on privacy, data security, surveillance, and other cyberlaw-related topics, and is the author of several law review and technical articles, including, most recently, “Furtive Encryption: Power, Trust, and the Constitutional Cost of Collective Surveillance,” forthcoming in the Indiana Law Journal. He earned his JD from Temple University School of Law, where he was editor-in-chief of the Temple International and Comparative Law Journal. Mr. Vagle is also a veteran, serving in both the U.S. Marine Corps as an infantry non-commissioned officer and in the U.S. Army as an intelligence officer.

Jeffrey Vagle speaks about his new book discussing government surveillance and a seminal Supreme Court case in 1972, the effects of which are still felt today.