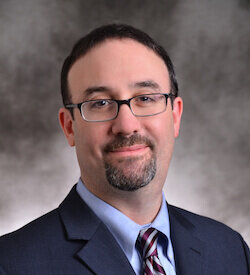 Ira Lustbader has been with Children’s Rights since 1999, and is actively involved in overall organizational management, the direction of Children’s Rights’ national program of campaigns to reform failing child welfare systems, and the development of national partnerships and coalitions.

Prior to joining Children’s Rights, Mr. Lustbader practiced law at Wolf Haldenstein Adler Freeman & Herz, LLP, in New York City, concentrating in national plaintiffs’ class action litigation in consumer fraud, securities fraud, and antitrust cases. Before that, he handled matters on the defense side involving products liability and malpractice at the firms of Parker Chapin Flattau & Klimpl LLP, and at Bower & Gardner, both in New York City. From 1998 to 2006, Mr. Lustbader served as a board member of Neighborhood of Youth & Family Services, a large nonprofit family preservation agency in the South Bronx. He is a past chair of the Committee on Public Service and Education at the Association of the Bar of the City of New York, and is currently a Member of the leadership of the Children’s Rights Litigation Committee of the Section on Litigation of the American Bar Association, the National Lawyers Guild, and the National Association of Counsel for Children.

The Need for Pro Bono

Are you a lawyer who wants to make a real difference?