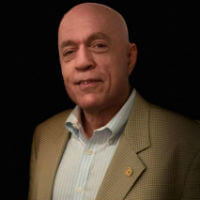 Greg Harris was elected to the Illinois General Assembly in 2006 and is Assistant Majority Leader of the House of Representatives. Harris serves as State Representative for the 13th District which includes parts of Uptown, Ravenswood, Lincoln Square, North Center, West Ridge and Bowmanville. Harris is a gay elected official in the State of Illinois, who is also openly living with HIV, and is the first openly gay person in Illinois to become a member of Legislative Leadership.  He is Chairman of the Appropriation–Human Services Committee, and serves on the Executive, Insurance and Aging Committees. He is a member of the Joint Committee on Administrative Rules (JCAR), the Illinois Juvenile Justice Leadership Council and the joint Legislative Health Insurance Exchange Committee.  He also serves as chairman on the Violence Prevention Task Force and is a member of the Racial and Ethnic Impact Research Task Force and the Quality of Life Board. He has been a major sponsor of healthcare reform and insurance reform, breast cancer legislation, and was the Chief Sponsor of the Illinois Marriage Equality law.  For more information on Representative Harris, please see his full bio at http://www.gregharris.org.

The Illinois Budget Crisis Edition: How the @#$^! Did This Happen?

Illinois State Representative Greg Harris talks about the Illinois budget crisis that spiraled out of control and dominated headlines for Illinoisans throughout much of 2017.