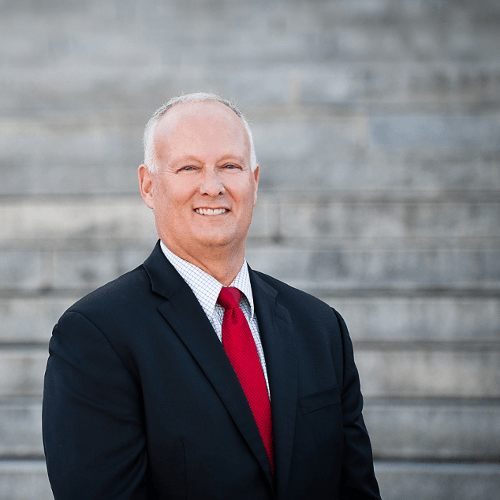 Elected as Nebraska’s 32nd Attorney General in 2014, Doug Peterson has dedicated his career to being an advocate for Nebraskans both in state and federal court.

Peterson was born in Columbus, Nebraska and grew up primarily in Lincoln. He graduated from the University of Nebraska with a business degree in 1981, and from Pepperdine University School of Law in 1985. Following law school, Mr. Peterson spent two years in North Platte, Nebraska, prosecuting both criminal and civil cases for the Lincoln County Attorney. From 1988 to 1990, he served as Assistant Attorney General to the Nebraska Attorney General’s office, representing the State in employment law matters and tort litigation. In 1990, Peterson entered private practice, where he had the opportunity to advise and advocate for both individuals and businesses.

In his role as Attorney General, Peterson works closely with law enforcement agencies across the State to ensure that Nebraska communities are safe.  Peterson’s office has supported strengthened legislation and enforcement in the areas of human trafficking, prosecution of child sexual assault and abuse, and consumer protection laws to safeguard all Nebraskans.