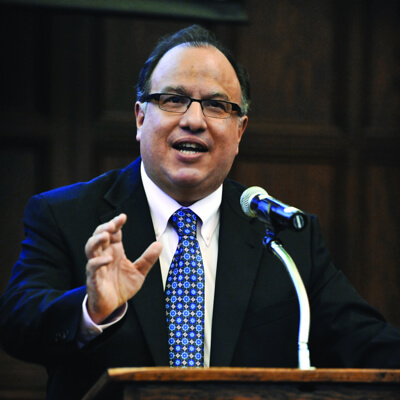 Rodriguez’s principal academic work is in the areas of administrative law, local government law, statutory interpretation, and state constitutional law. He also has a special interest in the law-business-technology interface and its impact on the future of legal education. In the past few years, he has given several endowed lectures including the Jefferson Memorial Lecture at University of California, Berkeley. Rodriguez was the 2014 President of the Association of American Law Schools (AALS) and is currently serving as a council member of the American Law Institute, as a member of the ABA Commission on the Future of Legal Services, and, as a member of the Board of Directors of the American Bar Foundation.

Law in the Time of Coronavirus

Law Technology Now host Dan Linna welcomes his new co-host Dan Rodriguez for a conversation about legal education and the role of innovation for all areas of the law.

Inspire Legal 2019: Who’s Paying for the Next Generation of Lawyers?

Dan Rodriguez talks about his participation in a “un-panel” that had an open discussion about the cost of legal education.